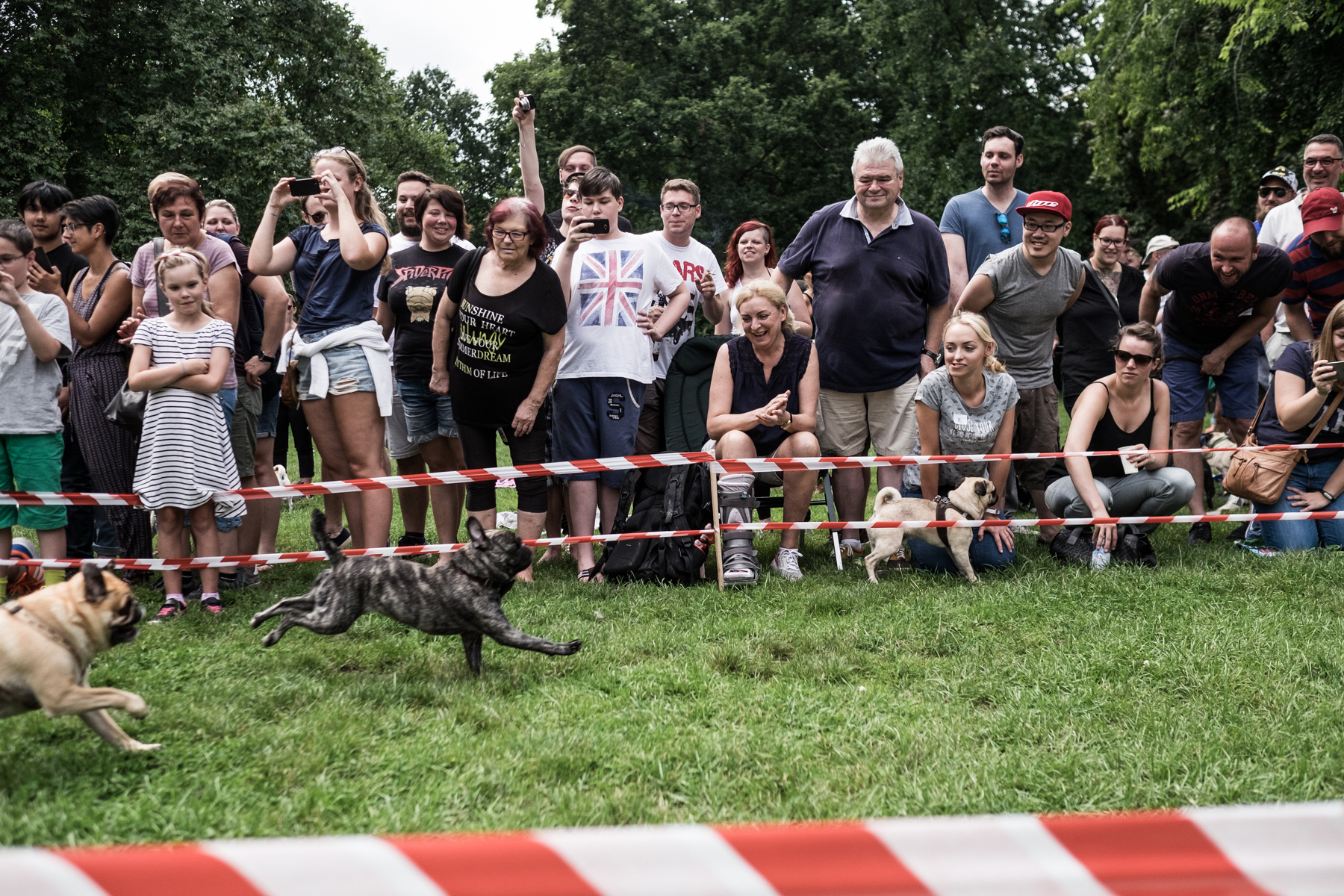 
People at a pug race in the Büsing park Offenbach. The photo is part of the series "Ode to Offenbach".

Every time I heard about the city of Offenbach in my early youth it did not mean anything good. Drivers with the license letters OF were known for their incompetence, their unpredictability in traffic. Because most made their first and only experiences with Offenbach citizens in traffic, people from there were not deemed too smart.

For decades, Offenbach has been regarded as Frankfurt’s ugly little sister. While the banking metropolis’ economy is booming, Offenbach’s industrial heydays as one of the most important leather-producing cities in Germany have almost been forgotten. Unemployment and public debt is high compared to other German cities and municipalities. Because Offenbach has the highest rate of citizens with foreign roots in all of Germany die-hards say that the cultural diversity confronts the city with a lot of social conflict. But Offenbach is not a hellhole as people might claim who have rarely or never set foot into it.

Recently many young people and families make that conclusion. They move to Offenbach in increasing numbers due to high rents in Frankfurt. They enjoy Offenbach’s rough charm which the city owes to its cultural diversity and the lack of public money. Offenbach’s appearance does not mean though that people there do not get along with each other or that certain places have to be avoided for safety reasons. It does not happen very often that people in Offenbach get robbed, shot or stabbed. Most violence here is linked to family feuds. Public life does not suffer because of this.

“Why the hell would you move to Offenbach?”, are most of those asked who decide to live there, only to ask themselves a little later why anyone would want to leave Offenbach. Those who prefer Offenbach to other places appreciate its cultural diversity and that one barely hears a word of German being spoken on its streets. They appreciate that Offenbachers call themselves Offenbachers before they call themselves Germans, Turks or Arabs. But as much as the city opens up to the world, the more it lets its people be, look and think like they want to.

Thus my pictures are not supposed to draw a social portrait of Offenbach. I try to capture the face of the city which still resembles the one I was once afraid of but which I learned to appreciate. After one year of being an Offenbacher I learned that appearances are deceptive. This city is still swarming with absurdities and peculiarities. But that does not make it a bad place.