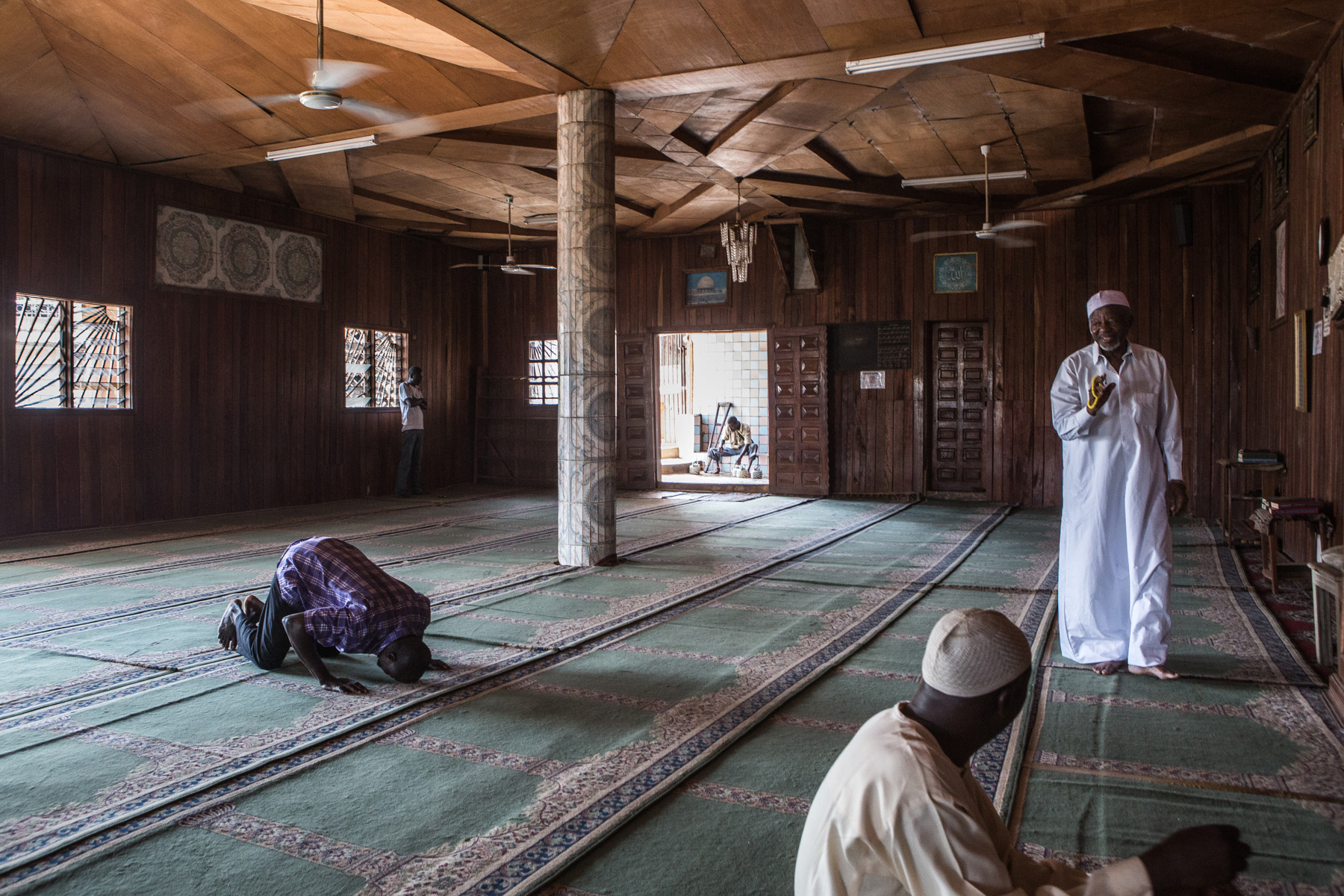 
Muslims in a mosque in downtown Yaounde, Cameroon's capital. This photo part of the series "West Africa". Cameroon has a high level of religious freedom and diversity. The predominant faith is Christianity, practised by about two-thirds of the population, while Islam is a significant minority faith, adhered to by about one-fourth. In addition, traditional faiths are practised by many. Muslims are most concentrated in the north, while Christians are concentrated primarily in the southern and western regions, but practitioners of both faiths can be found throughout the country.