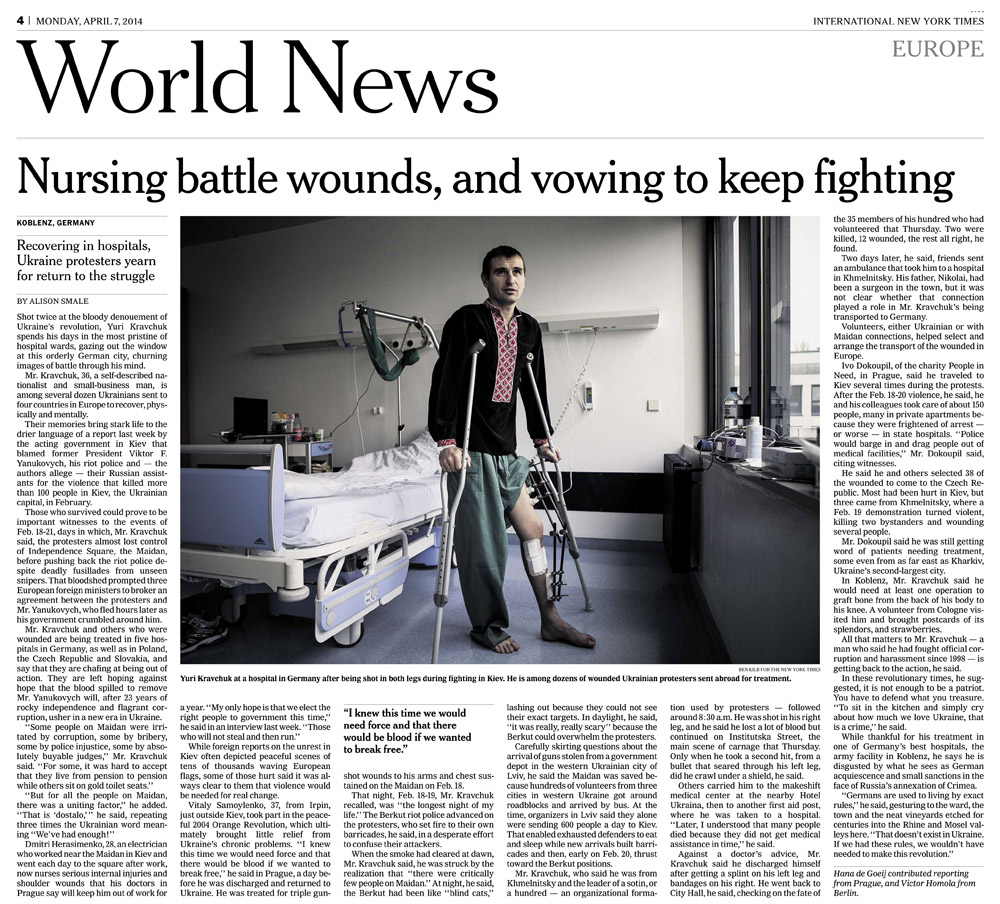 
A photo for an article in the International New York Times about injured Ukrainian protesters being treated in a military hospital in Koblenz/Germany. The photo shows protester Yuri Kravchuk looking out the window of the hospital in Koblenz while standing on crutches because of the bullet wounds he suffered during the protests in Kiew in early 2014. The protests were sparked by the Ukrainian government's decision to suspend the signing of an association agreement with the European Union, instead choosing closer ties to Russia and the Eurasian Economic Union. The scope of the protests soon widened, with calls for the resignation of President Viktor Yanukovych and his government. The protests were fueled by the perception of "widespread government corruption", "abuse of power", and "violation of human rights in Ukraine". Transparency International named President Yanukovych as the top example of corruption in the world. The situation escalated after the violent dispersal of protesters on 30 November, leading to many more protesters joining. The protests led to the 2014 Ukrainian revolution.