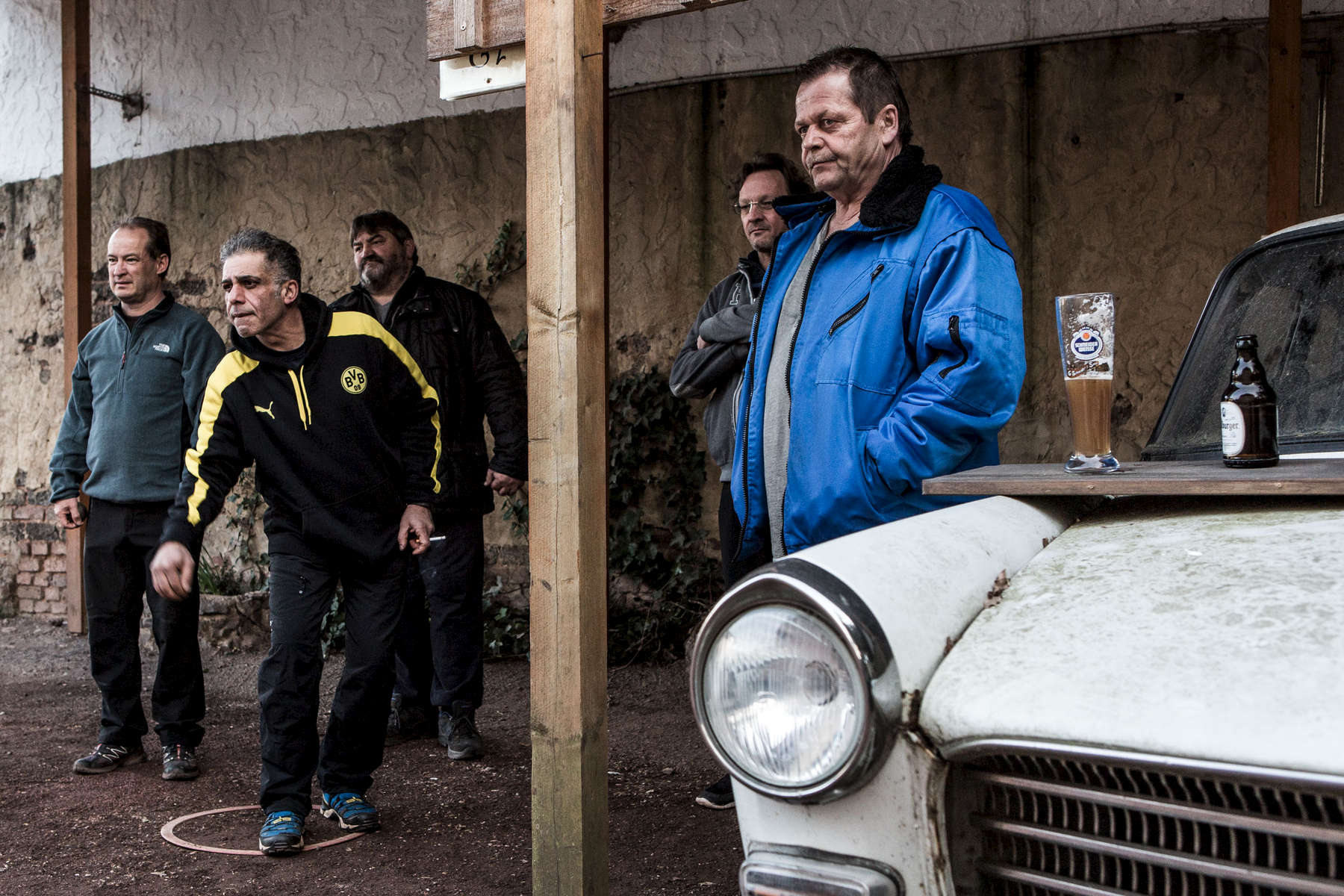 
men playing the french game petanqué in Saarwellingen in the German Saarland region. This was taken for an article for the Heimatreporter series on ZEIT ONLINE. This piece is about the region around the city of Saarwellingen in the Saar region where for coal was mined for decades. Inhabitants where assured that geological statics would be safe even though coal was mined one Kilometer and more underneath many of the region's towns and villages. When minor earthquakes occured people got suspicious.