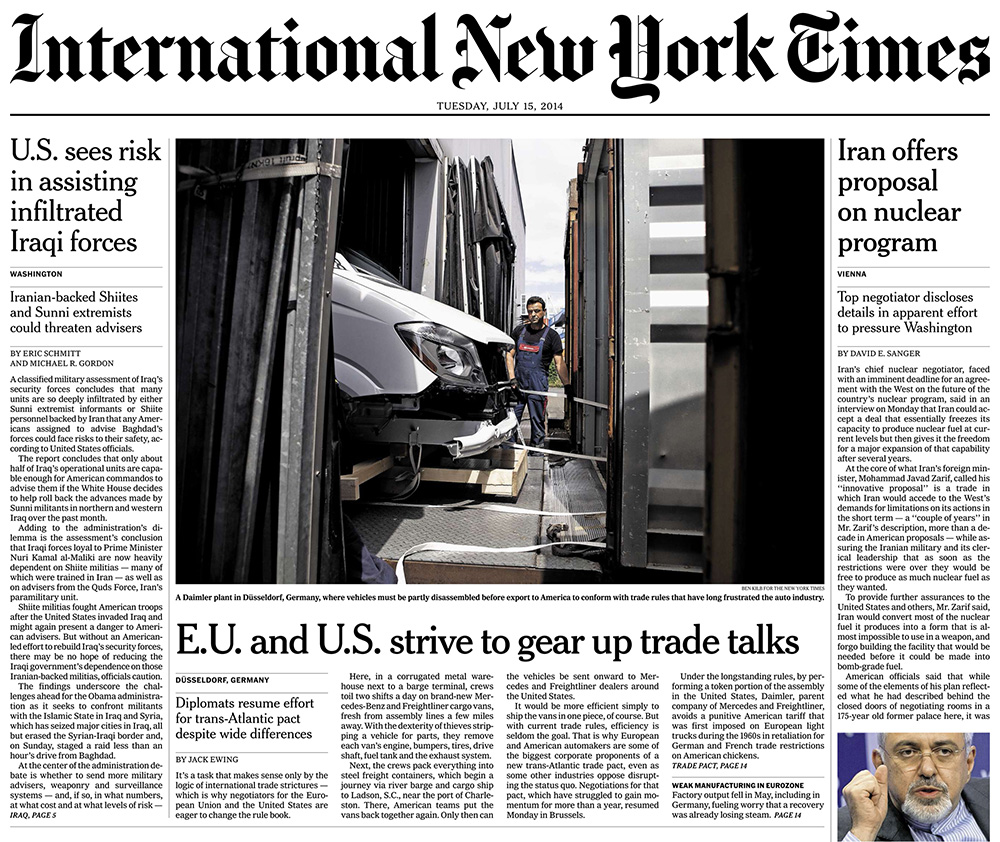 Tearsheet of the frontpage of The International New York Times for an article about American-European trade talks (https://www.nytimes.com/2014/07/15/business/international/winding-road-ahead-for-us-europe-trade-talks.html) Here, in a corrugated metal warehouse next to a barge terminal, crews toil two shifts a day on brand-new Mercedes-Benz and Freightliner cargo vans, fresh from assembly lines a few miles away. With the dexterity of thieves stripping a vehicle for parts, they remove each van’s engine, bumpers, tires, drive shaft, fuel tank and the exhaust system.

Next, the crews pack everything into steel freight containers, which begin a journey by river barge and cargo ship to Ladson, S.C., near the port of Charleston. There, American teams put the vans back together again. Only then can the vehicles be sent onward to Mercedes and Freightliner dealers around the United States.

It would be more efficient to ship the vans in one piece, of course. But with current trade rules, efficiency is seldom the goal. That is why European and American automakers are some of the biggest corporate proponents of a new trans-Atlantic trade pact, even as some other industries oppose disrupting the status quo.